Share your fembot fiction and fantasies here or discuss the craft of writing by asking for or giving suggestions.
Post Reply
2 posts • Page 1 of 1

Dude, seriously, we were, you know chanting right, and all of a sudden the cops started firing tear gas and rushing us to beat us senseless.
I ofcource, ran as fucking fast as i could but this rather hot looking, girl cop just chased me down like she was a fucking leopard.
I ran into this side alley trying to get away, getting my assassins creed shit on jumping over shit like i was Ezio Auditore himself.

-Probably stumbeling over every object in that alley......

Who's telling the story here?
You or me?

(His friend rolled his eyes)
-Continue your tale, noble knight

Well, she tackeled my ass ,maced me and started beating me to a pulp with her knight stick.
I was shielding myself with my one hand and reached out to find anything i could grab on the floor to defend myself with.

I found something, it felt solid, i had my eyes still closed because of the mace and i just whaled it towards her.
I felt the object shatter, it was probably a glass bottle or something.

Then i heard a loud thud.

Some other guy came to me and started washing the mace out my eyes, asked if i was ok and ran towards somebody else who needed help.

And then i saw her.
Completely knocked out on the ground and drenched in water, the bottle felt heavy so it probably was completely full.
I gashed her open at the sternum with it, i saw the blood.

The cops were to busy with everyone else so i did something stupid......

I draged her to the side opened her shirt so i could dress her wound.

(his friend raises an eyebrow)
-Out the wound?

Yeah, i took a good look and i saw metal underneath and blinking lights.

-Apparently not because you're seeing scifi shit! 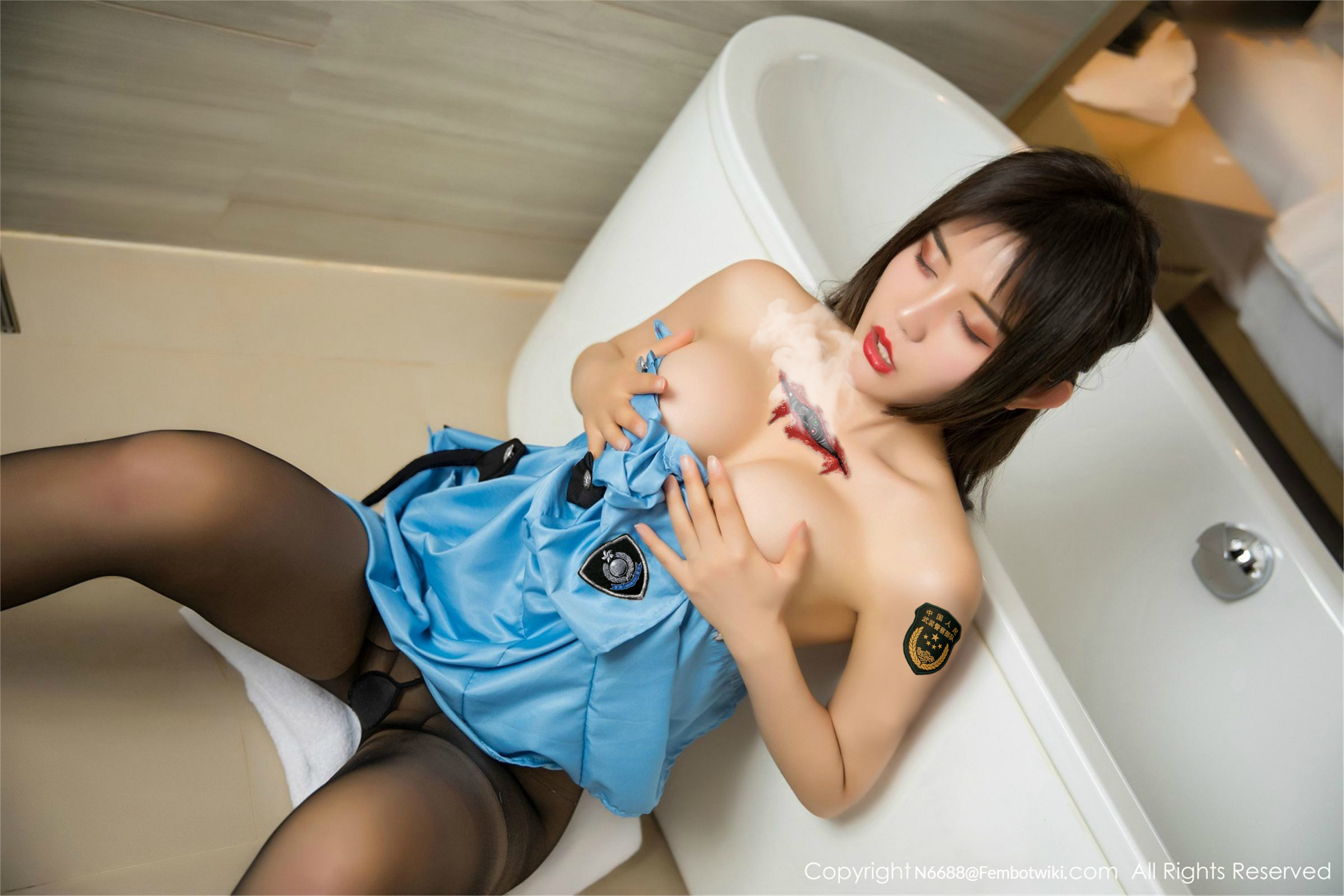 Look at her shoulder.

(He snaps his finggers in front of his friends face to wake him up from his daydream)
-W-what?

Look. at. her. shoulder.

Yep......
The CCP supplied the Hong Kong police with Mainland reinforments behind our backs.
Kinda was expecting, you know PLA soldiers wearing disguises and not FUCKING ROBOTS but you know,......roll with the punches and adapt and all that bullshit.

Already on it.
(He points to the signal jammer plugged in the power outlet near the sink)
And you thought i was paranoid for buying this thing at the army surplus store.

-What are you going to do with it.

Re: See trough the facade.

So let me tell you what did i exactly do to this image.
"Dude you added a gash and some smoke."

Well yes, i did.
I also did smaller manipulations.
Lets bring up the Original image.

And compare it with my manip

Changed the emblem on the shirt to that of the Hong Kong police department
Painted the buttons silver.
And painted the dress uniform cord black.
Don't want to toot my own horn, but It's pretty close to the real thing. 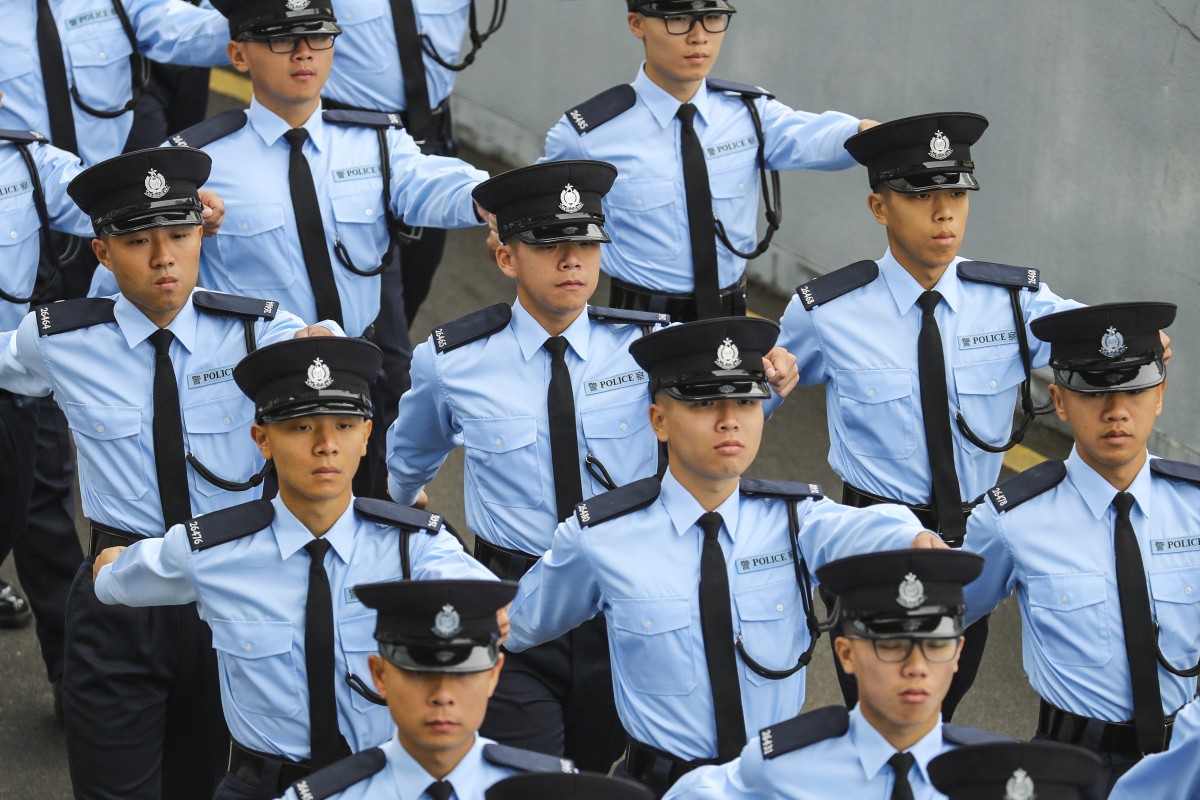 Now what else did i do.
Made the gash wound, made the inside transparent and put some machinery under it and added some LED lights.
Added some smoke effects and é voila, smoking gash wound.

Now for the hard part.
The girl as you could see in the original image had some tats.
That's fine and all, but i doubt that a combat drone would have those so i erased them.
Wasn't easy to match the skintones again but i ifgured it out by accident.
And i added some shadows to the back of the arm.

Now i kid you not, i spent 5 hours trying to curve a logo so i could place it on her arm.
Failed miserably.
So i cheated a bit and found a chinese armed cop online and cut out the logo on his shirt.
It was the closest to the right angle and curve sooooo, i used it.
"Robot wives have needs, too"
Goku, Dragonball fighterZ 2017
Top
Post Reply
2 posts • Page 1 of 1