Folks, during these troubling times, the importance of a community as tiny as ours has never been more clear. As such, we, the Fembot Central Staff, would like to know: How are you all doing?

I'll start with myself to kick things off:

So far, I've been healthy, especially since 99% of the people who would normally occupy the building are working from home, but there is now way of knowing if I already contracted the virus and simply had no symptoms, or if I have been lucky thus far and avoided it entirely.

Overall, though, I've had a fairly positive outlook, since my entire family, with the exception of my youngest brother, have moved out of our home and we are effectively isolated from one another. Although my parents fell ill after returning home from Disneyland, they have since recovered, but still don't know if they had Covid-19. Furthermore, the health advisors in my area have announced that we are bending the curve, so much so that our governor even sent away vital medical supplies to other states that have not yet reached the point we have.

Please let us know.
Check out my stories: https://www.fembotwiki.com/index.php?title=User:Spaz

I live in the capital of X, a huge city. However when the pandemic exploded I was in my summer house, at a small coast town on a neighbor country.

I decided to stay in this town, and now X completely lockdown itself, including closing the borders. I don't care: I work from wherever as long as I have an internet connection and a computer.

Here in country Y there's less than 500 infected and I think 5 deaths. People is cautious, there's next to no social gathering and this place is especially empty since it's a tourist hotspot and tourism is literally dead right now, but there's no one I know that's sick with beer.

The virus pushed me to think what I want to do next, I've been saying for years I want to live here and leave that huge, grey and overpopulated capital city of X, I believe it's time for me to actually do it.
Top

hello from the uk.

I live in the northern part of the uk , north Yorkshire.
were all in lock down with most of use that can work from home are, I work for an insurance company and for the past week or two I,ve been able to work from home.

for all you guys over the pond.

thankfully i do live on island so for most part able to stay safe except the 1 day a week i have to go to mainland for food.. we only had 6 cases here, 3 still active 2 deaths and 1 recovery.. As for work my income is 0 till probably 2021 sadly I get 0 for unemployment due to working off the books and 0 for this so called stimulous check sooooo yeah im fucked

Anyways hope all others are staying safe
Top

Well, I live in the country that has the worst anticipation measures to contain the pandemic, but I actualy live in a small town, not many passages, but I got some pollen allergies, and the trees are blooming everywhere so, meh, routine.
Because it's always noice to have a noice picture for a noice signature
Top

Everything is as usual here. 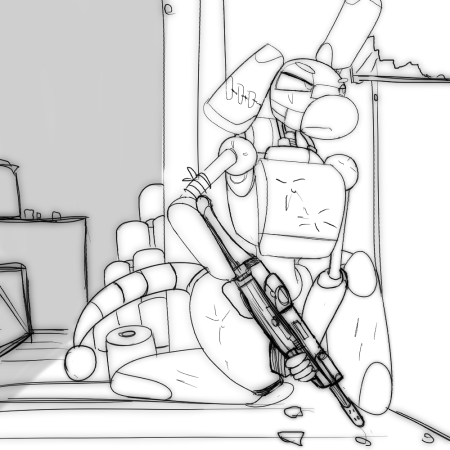 I am living in Baja. Only six deaths so far despite being a huge touristic place.
The W.H.O had extreme doubts about this zone of the world, we expected a hecatomb. So I guess we over-prepared.
Countrywide there are close to 550 deaths and politicians are trying to blow this out of proportion.

Lots of sacrifices are being made despite the low infectivity.
my little brother is not even going to graduate despite he is about to get his masters.
I just finished school and now I cannot go job hunting. But I am fine. Got enough savings to be comfortable for a couple of years in the worst of cases.
As an introvert who would be Homestuck anyway, I am having a lot of fun having everyone at home.

I am so sorry this had to happen.
But it was gonna happen eventually.
This is a huge opportunity to set humanity priorities straight.
"Pillars of sand"
" U W U"
"Take me down to the cities of the future"
"â˜•âš“â™»"
"gold "
Top

Hi all
Hope everyone is doing okay & staying safe.
I'm in St. Louis, Missouri, I had been working from home long before this whole thing started, so that much hasn't change, but I can't go to the library, there were several group events I wanted to attend that have been either canceled or postponed. Because I work from home, before this mess, I would find any excuse to get out of the apartment and run to the store for something, just to get out, lately I only go to the store only if absolutely necessary. I didn't have much human contact before, but now it seems even worse! But I'm trying to stay calm, and stay safe & healthy.
Robo Lover 69000 the gynoid gynecologist.

PS
If you have a gynoid(or area one) in need of a gynecological exam
I am your man! Reasonable rates, breast exams are always free!
Top

I live in a small city on the Niagara Peninsula in Ontario close to the border with New York. My current residence is a supportive living establishment and has been on total lockdown since the start of April; the Niagara regional government declared a state of emergency around then, which made us stay inside.

Most of the people living here have stayed put, but we got a couple of people who don't mind straying from the limits, which make the matrons pull their hair out all the time.

As to when we can head out, that depends on the government in Toronto.

Personally, I'm alright.
Canadian lighthouse to U.S. warship approaching it: This is a lighthouse; your call.
Top
Post Reply
8 posts • Page 1 of 1

Return to “Off Topic”